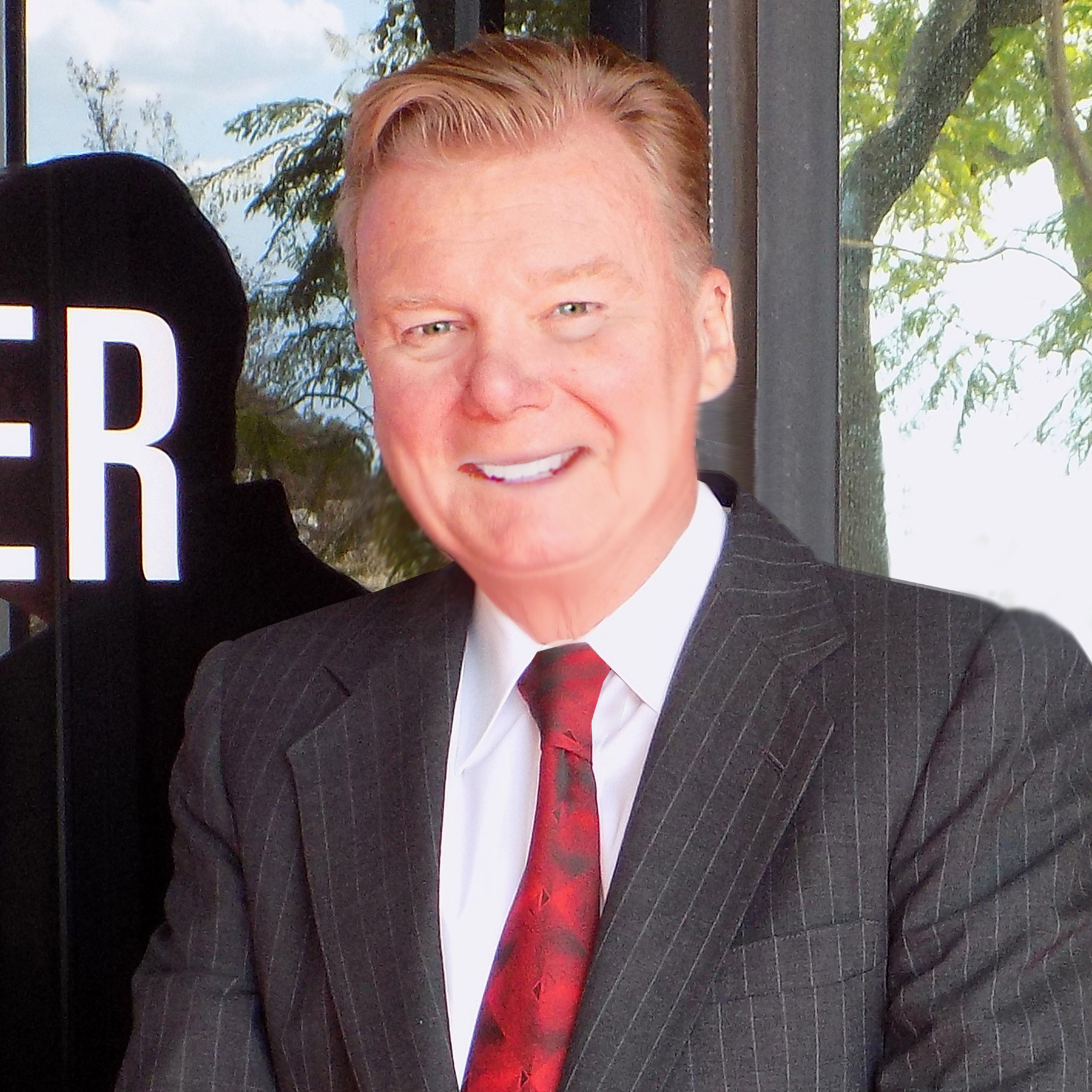 Angelus Block Co., Inc. Credit Manager Chairman of the Board

Tom Berry has over 40 years of in-depth experience specializing in construction credit and collections for the electronics, pipe and masonry industries. Since 1996, he’s refined his professional skill set as a Credit Manager at Angelus Block—Southern California’s leading producer of concrete masonry units. Previously, he was as a Credit Manager at McJunkin Corporation.

Born and raised in Chicago, Illinois, Tom earned his Bachelors of Arts degree in Business Administration from Lewis University in Romeoville, Illinois. He’s been a Member of the BICA Board of Directors since 2009. 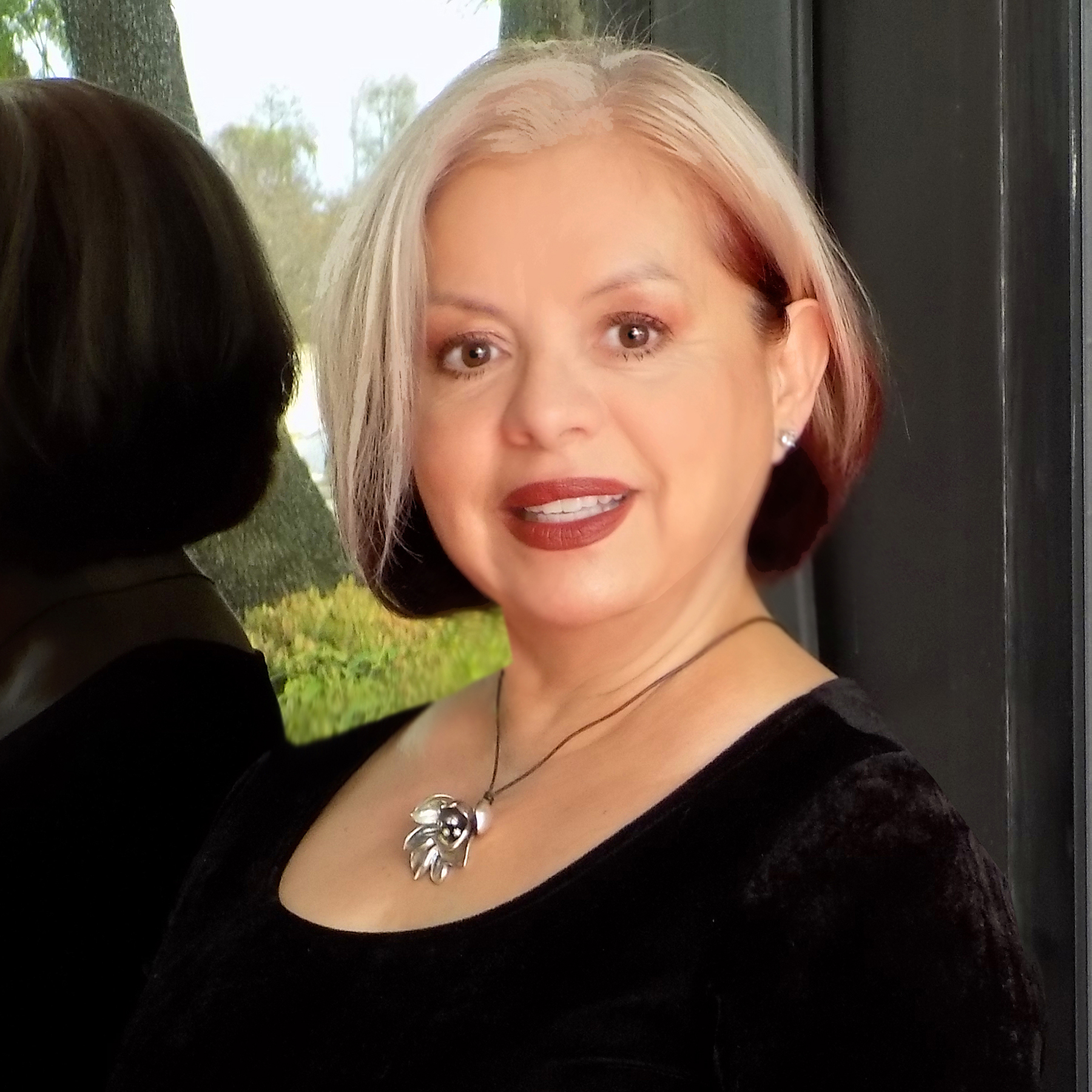 Kathleen Hernandez (Kathy) began her early career in banking, promoting investment programs as an Account Representative for large banking centers in the greater Los Angeles area. She switched over to the building products industry, providing sales and marketing support to Westinghouse Electric in their plastics division before joining the wholesale distribution aspect of the construction industry. There, she made a complete 180, took her first credit position and discovered her passion—focusing on the Corporate Credit Management field ever since.

Kathy has spent the past 23 years with E.B. Bradley Co./West Coast Laminating as their National Credit Manager in charge of the Credit/Collection and Accounts Receivable Departments. She has held a seat and served in various capacities on the BICA Board of Directors since 1998.

Kathy spends her spare time wine tasting with her significant other, watching movies (while he watches sports) and hanging out with her children and grandchildren. 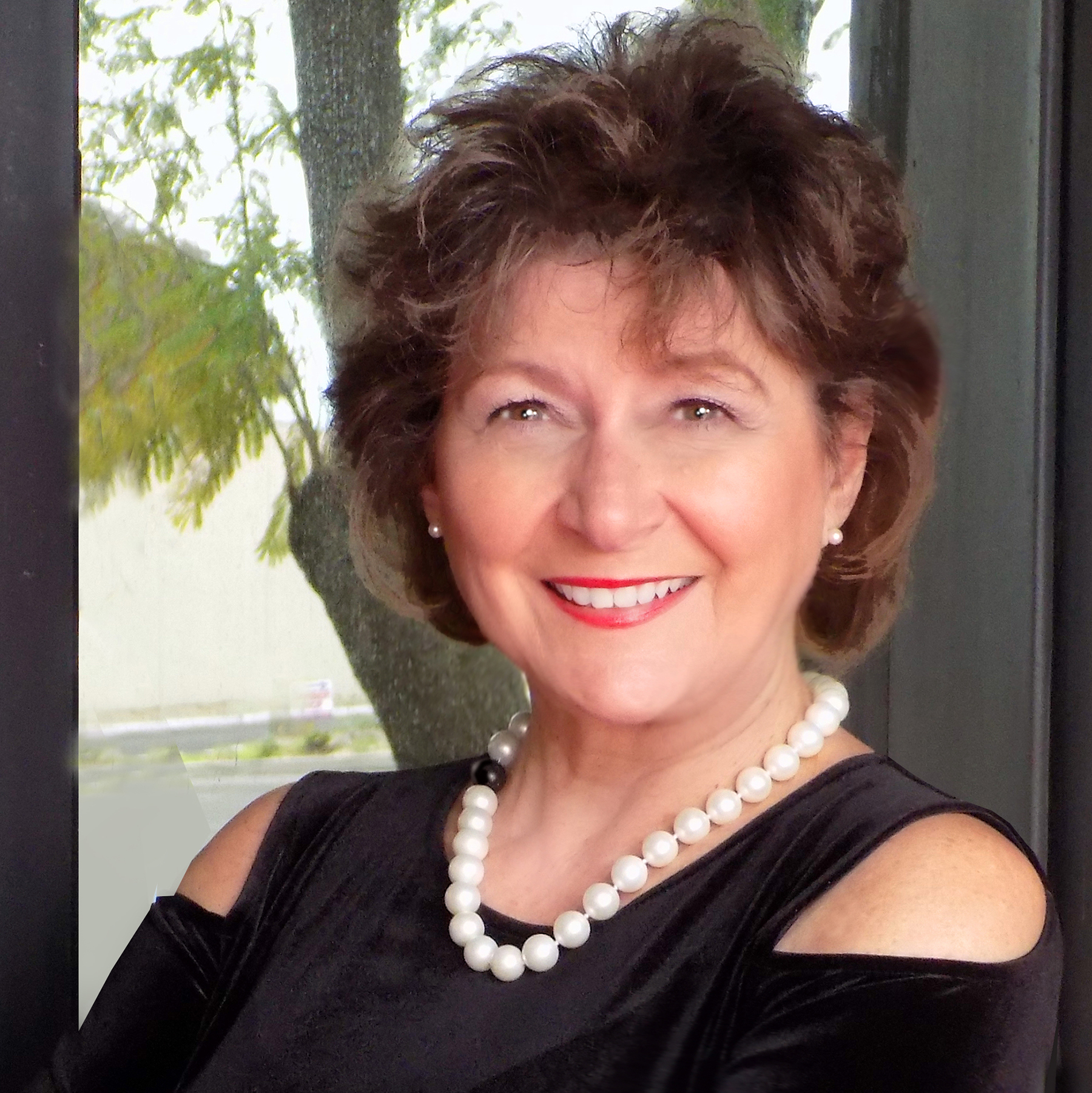 As Director of Credit & Collections at Farwest Insulation and its subsidiary, Calco Construction Services for over 30 years, Olivia Roberts is charged daily with new challenges in granting credit and actively pursuing collections. Farwest specializes in commercial and industrial insulation and fire stopping applications and has branches throughout the West Coast. Since lien laws vary in each state, Olivia’s duties include staying current on the latest changes.

For the past 19 years, Olivia has served as a BICA Board Member—including the first subcontractor to serve two consecutive terms as Chairman of the Board. She continually ensures BICA keeps its finger on the pulse of the construction industry across the nation. 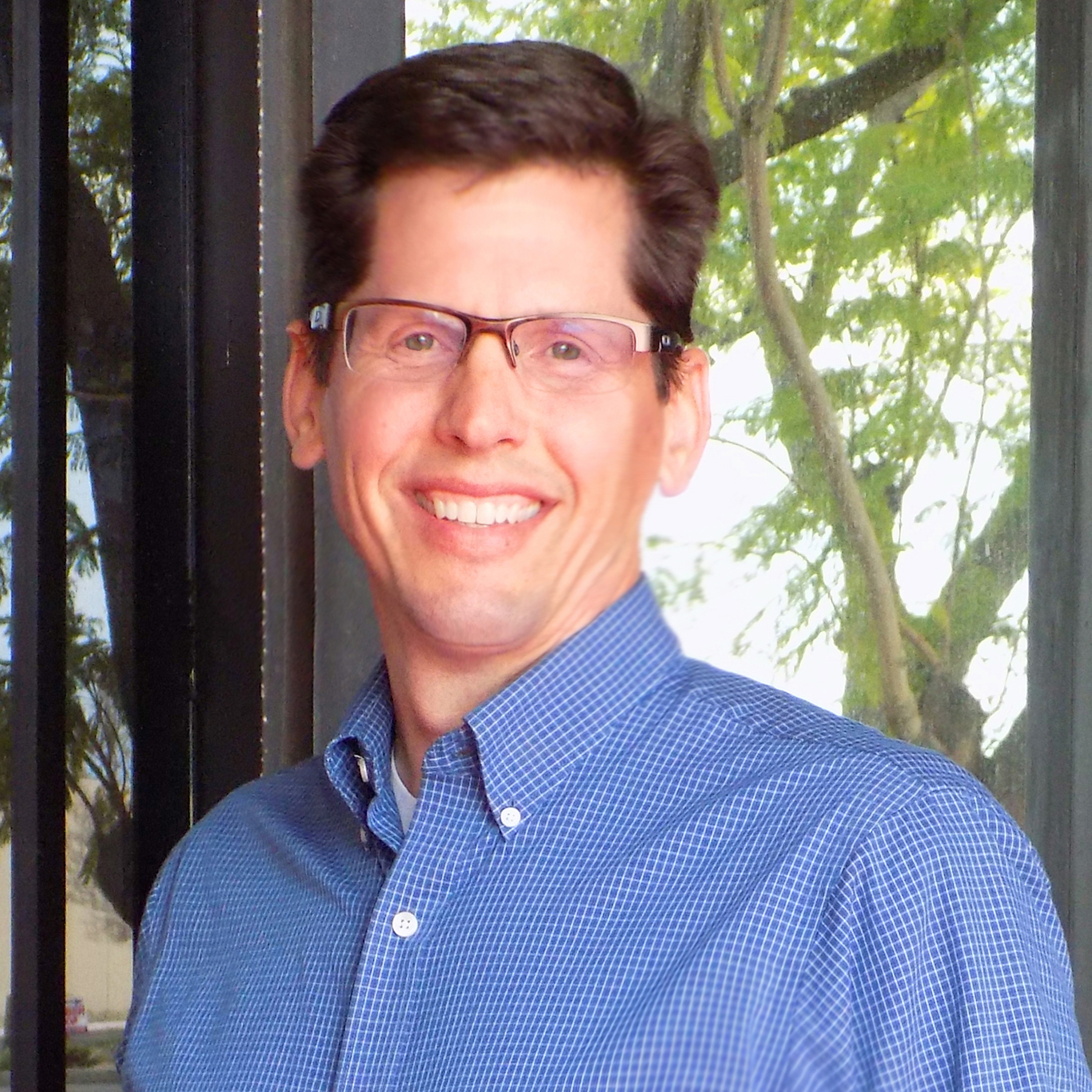 Brian earned a Bachelor of Science in Business Administration from California Polytechnic State University, San Luis Obispo. He has served on the BICA Board of Directors for three years. 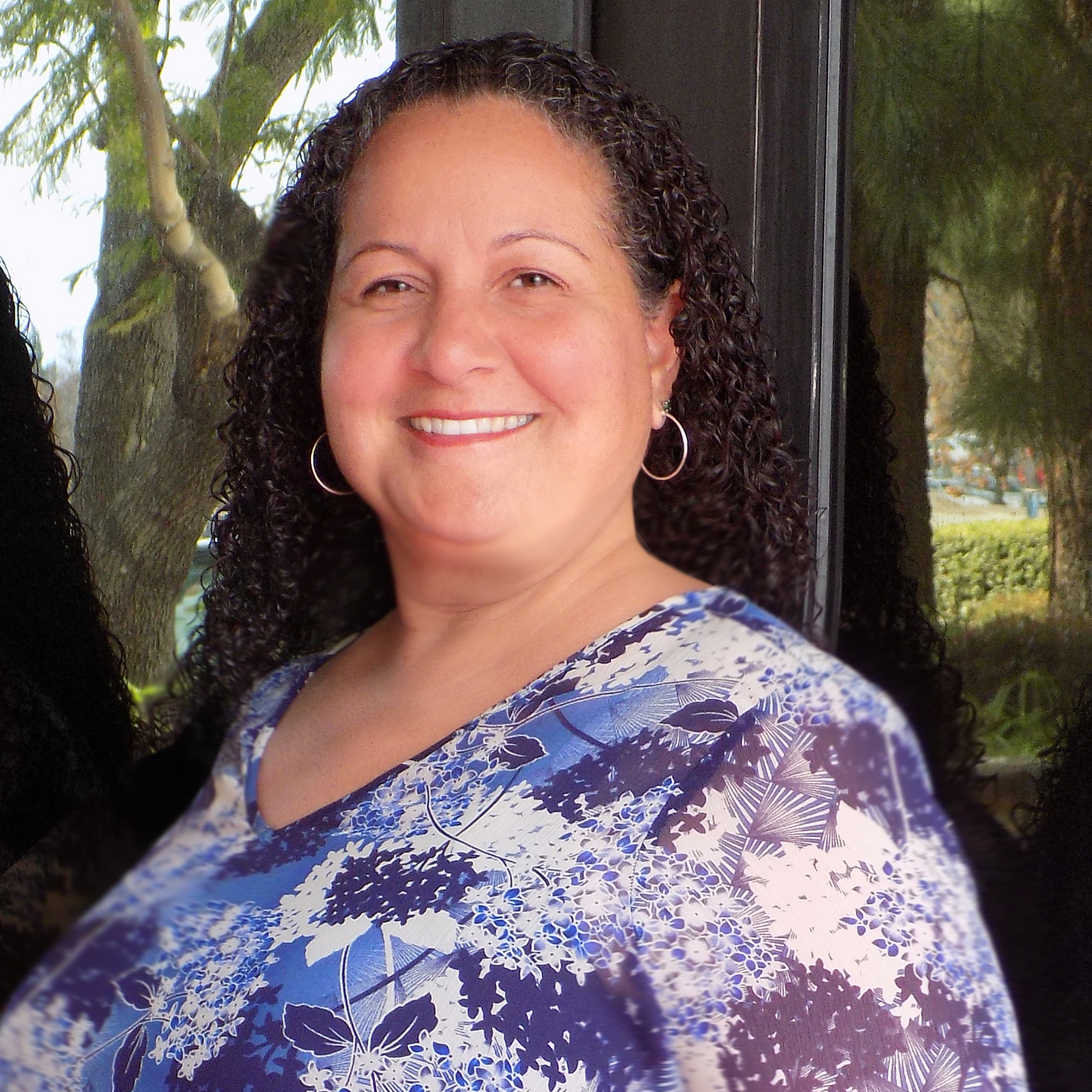 Melissa Roché has fine-tuned her credit experience in the construction industry for 29 years. For the past 19 years, she’s made her mark at Ferguson Enterprises, the largest commercial and residential plumbing wholesaler in North America and a major distributor of HVAC/R equipment, waterworks, and fire protection products as well as industrial pipes, valves and fittings. Melissa currently manages Ferguson’s divisions for HVAC in the greater Los Angeles area. Melissa has served as a Member of BICA’s Board of Directors since 2014. 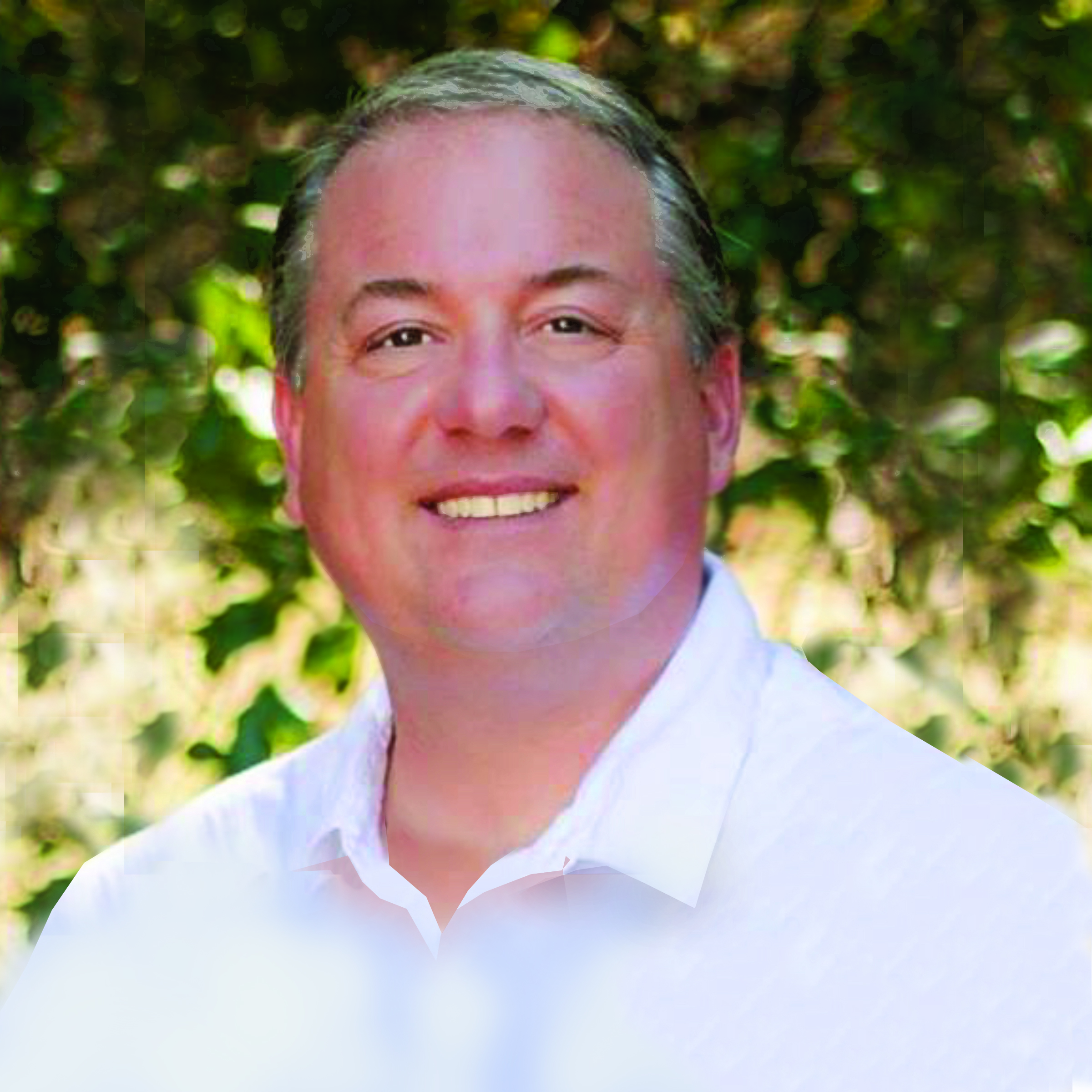 ACCO Engineered Systems Director of Billing and Collections Board Member

Dave is the Director of Billing and Collections with ACCO Engineered Systems, a subcontractor specializing in HVAC, controls, electrical and engineering. He has been in the construction industry for 11 years where he has championed the automation of systems to improve productivity in billing and collection data with web-enabled systems. Prior to the construction industry, he worked for Easton Sports as Director of Credit and Collections overseeing the credit operations for North America in the sporting goods industry. Dave has been in the credit industry for over 30 years, starting his career at the Dun & Bradstreet Corporation. 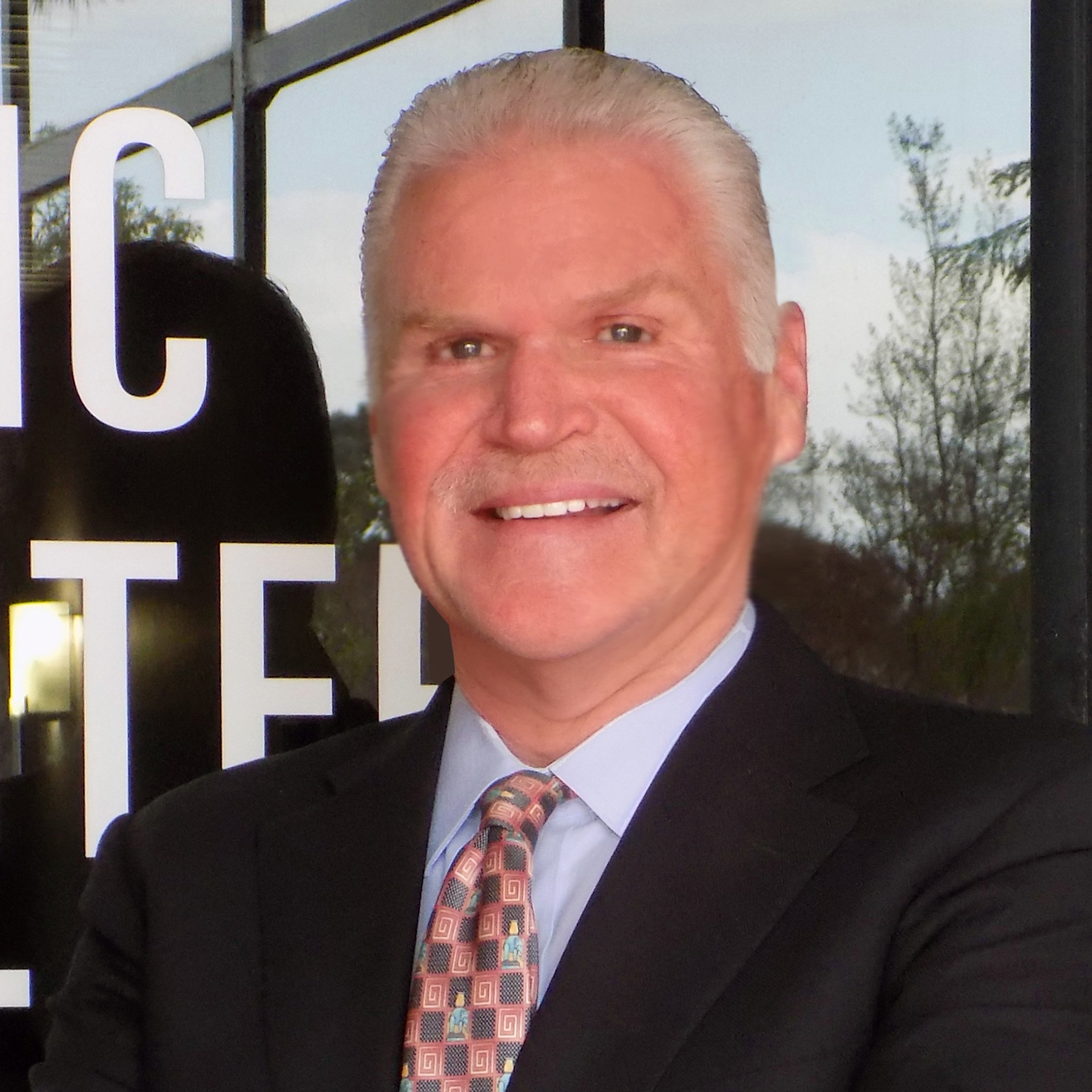 Dale Ortmann has more than 30 years of extensive experience counseling clients in construction and real estate law. He represents clients on issues from contract preparation and negotiations at project inception to the resolution of construction claims and disputes at project conclusion. His clients range from public agencies, developers, contractors, subcontractors and material suppliers to design professionals, homeowners associations and sureties.

Dale has provided transactional services on projects exceeding $1 billion in value and has litigated matters exceeding $50 million in controversy. As a mediator, he has earned a high settlement success rate by resolving difficult and complex construction disputes. Dale’s approach is impeccable attention to detail and aggressive persistence until each matter is resolved—qualities that have earned him the industry’s most prestigious accolades.

Dale is a frequent speaker for numerous construction industry organization events, with a focus on current trends and recent developments in construction law. He has served as Legal Counsel to BICA’s Board of Directors since 2011. Dale can be reached at ortmann@huntortmann.com. 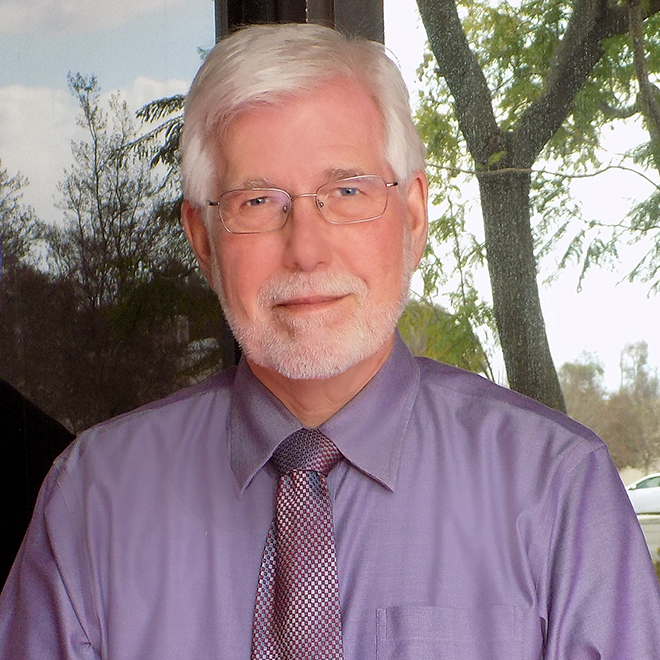 Jackson and Arshagouni Partner and CPA Board Accountant

Terry’s accounting career began at the national CPA firm Main Lafrentz (subsequently merged into KPMG). After becoming a partner in a local CPA firm, he left to form his own firm in 1988. An early adopter of the application of computer technology to financial modeling, Terry was on the Steering Committee of the Los Angeles CPA Computer Users Group and has written and lectured on financial modeling and cost accounting in a wide range of industries, including construction. 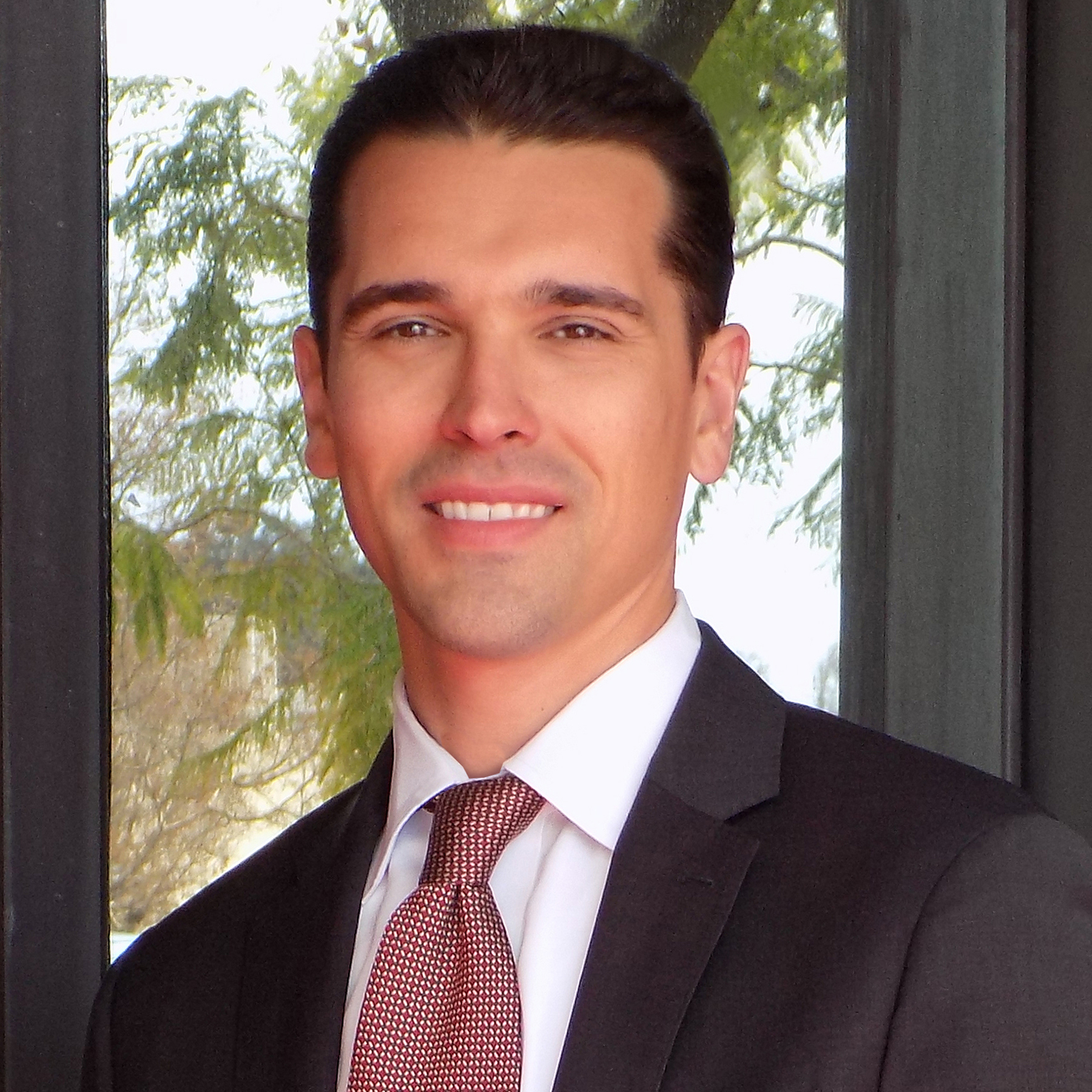 Prior to joining Hunt Ortmann, Mr. Lozano was a project manager for a waterproofing subcontractor. He utilizes his industry experience to provide insightful and practical solutions to the issues facing his construction clients. 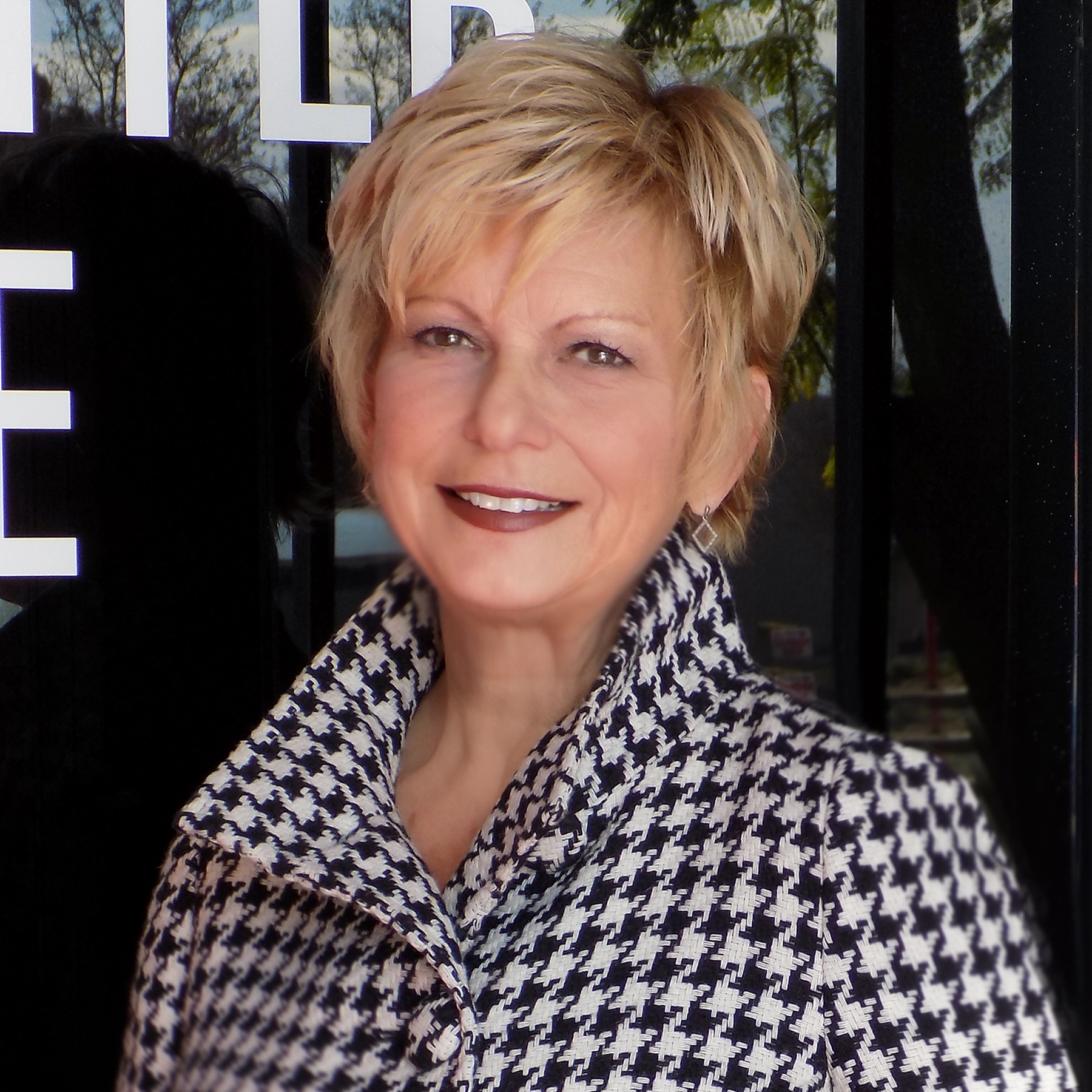 Andrea Parisi was hired at BICA in 1989 as the Education Coordinator for the Association. As Andrea’s responsibilities grew to become more pivotal to the management team, she was promoted to Vice President and in 2005 was elected President of BICA by the Board of Directors. During her tenure, Andrea was instrumental in adding new services to the Association, including BICA’s cornerstone product—the nationwide Preliminary Notice service. In 2014, Andrea initiated the Association’s strategic relocation to Rancho Cucamonga, California, to mark its entry into a new chapter in the company’s rich history.

Andrea graduated from California State University, Long Beach, with a degree in Political Science. Upon graduation, she moved to Washington DC, where she worked with members of Congress and later as a caterer—both positions that honed her skills in negotiation, customer service,  innovation and creativity.