When Someone Files Bankruptcy

Securing Your Mechanics’ Lien Rights
Bankruptcy…the word no credit department wants to hear. Before you throw your customer’s account into the uncollectible pile, know that not all is lost when a customer, or even the project owner, files for bankruptcy. If you take the steps to preserve your mechanics’ lien rights, you may still be able to collect the balance owed on the account, despite the bankruptcy filing.

The mechanics’ lien is recorded against the property where the project is located, which is not part of the customer’s bankruptcy, and therefore not included in the automatic stay. Properly perfecting your mechanics lien rights when your customer ultimately files for bankruptcy may easily be the difference between getting paid in full, or not at all.

Although the Court does not address it, Pioneer’s original mechanics’ lien recorded April 17, 2008, is likely unenforceable. 56 days had passed between when it was recorded and June 13, 2008, the date the owner filed for bankruptcy. The automatic stay then took effect tolling the statute of limitations but leaving only 34 days to file the mechanics’ lien foreclosure lawsuit once the property was removed from the bankruptcy on August 25, 2009. Since Pioneer’s lawsuit was not filed within 34 days of August 25, 2009, the date the property was sold, April 17, 2008, mechanics’ lien was likely unenforceable.

While a bankruptcy filing by your customer or even the owner makes collecting the balance owed on the account more difficult, if you have preserved your mechanics lien rights, you have significantly increased your chances of collecting some, if not all, of the customer’s account. 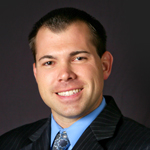